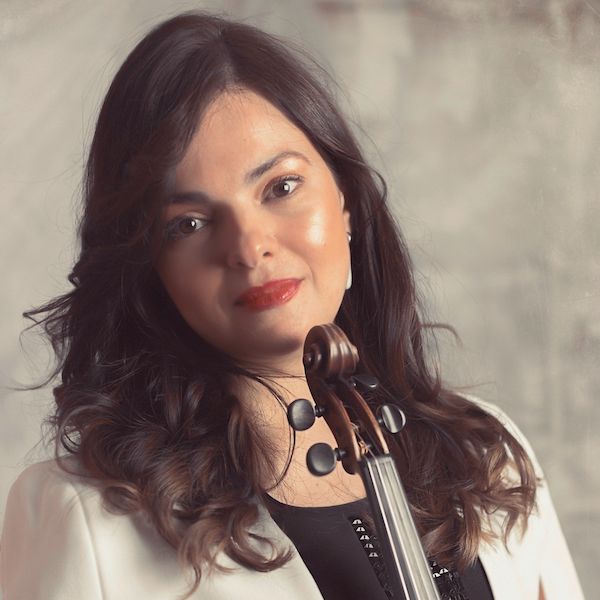 Professor of Violin at the Royal Conservatoire Brussels, as well as at the Musikene Superior Arts Center in San Sebastián, Spain. As a permanent member of Yuri Bashmet Academy, she gives masterclasses all over Europe.

Performs with Yuri Bashmet and his ” Moscow Soloists” Orchestra , as well as ” Novaya Rossiya” Symphony, performed also in the Vatican Residence for the Pope John Paul II, at the UN Headquarters in Geneva and for UNESCO in Paris. Prensently, she is performing around the world.

Has released nearly 20 CD’s. Her recording of works by Eugène Ysaÿe with the Liège Philharmonic under the baton of Jean-Jacques Kantorow received ” Diapason d’Or”, the highest award of the French Music Magazine “Diapason”. The last album “Clair de Lune” with French sonatas and David Lively on the piano received a prize from Classica Magazine “CHOC”.

Graduated from a prestigious Moscow Tchaikovsky Conservatory and from Brussels Royal Conservatory.