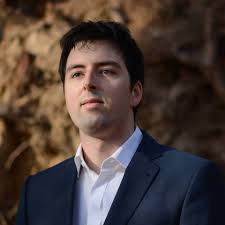 Professor of piano performance Conservatory of Luxembourg and the Akademie für Tonkunst Darmstadt. International soloist. Is among the summit of the musical scene in Belgium and across Europe.

Mr. Van de Velde is a prizewinner in many international competitions: he was finalist of the Busoni Competition in Bolzano, Italy (2015), “Prix d’Argent” and Public Prize in the Piano Campus Competition in Paris, and first prize in the Nany Phillepart Foundation Competition.

Performed across the world in famous venues such as the Philharmonie of Berlin, the Acropolis Museum in Athens, Lincoln Center in New York, Center of Fine Arts and studio 4 of Flagey in Brussels, Casa da Musica in Porto, Palacio de Festivales in Santander, …