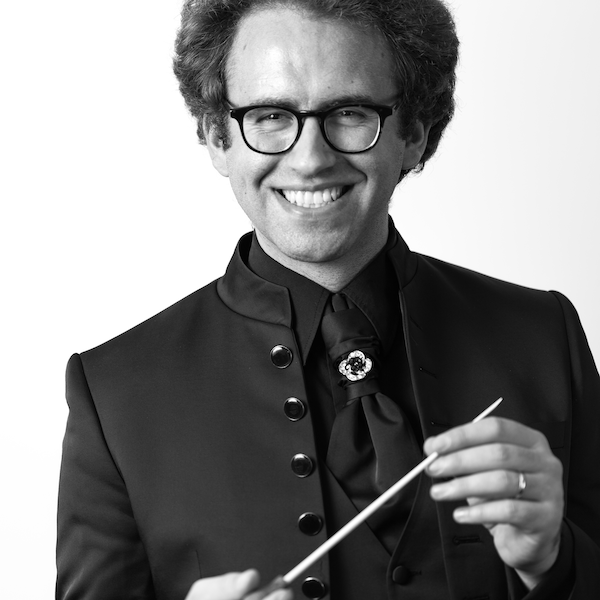 Conductor, teacher of organ, artistic director and main conductor of the orchestra La Chapelle Sauvage, Belgium. Resident conductor of Beauraing Festival of Sacred Music. Artistic director of Cause Classic is Cool and Borluut chamber music festival. One of Belgium’s most promising new conductors. Teaches organ, counterpoint, history of music, piano and cembalo at musical academies of Deinze, Eeklo, Kortrijk and in private class.

Did as a large repertoire of symphonies, opera productions, chamber orchestra, cantatas and musical productions, successfully collaborated as conductor, composer or artistic manager with, among others, Podium Nieuw Talent, soloists of the Queen Elisabeth Chapel, Davidsfonds, Pelicano foundation, Festival of Flanders and City of Ghent, as well as a number of belgian and international choirs and soloists.

Several of his compositions were successfully created worldwide. His Magnificat for symphonic orchestra, choir and 8 cors de chasse was successfully performed in Ghent in 2014, his arrangement of the Belgian National Anthem was selected and performed in Brussels by the National Orchestra of Croatia in presence of the European heads of government on the day of their accession to the EU. Karel was a member of a two year-long international tour with more than 50 concerts as solo organist with a crossover production of An Pierlé premiering in Paris, Brussel and Amsterdam.

Studied piano, organ, harpsichord and double bass at a young age, and subsequently organ, music theory and orchestra conducting at the Royal Conservatories of Ghent and Mons.