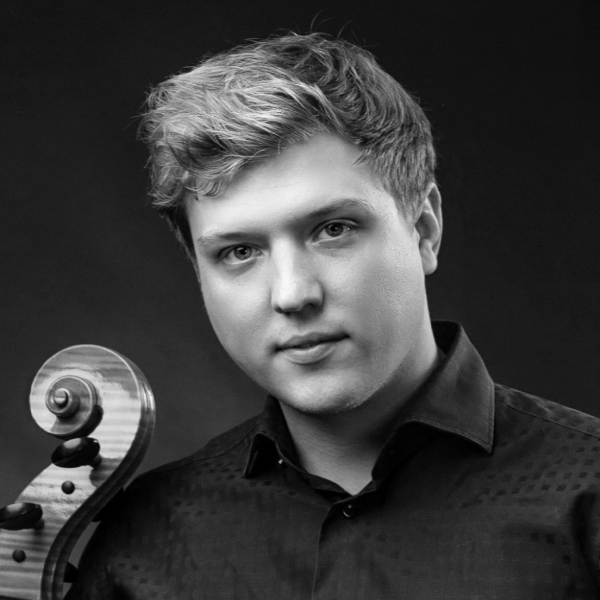 Cellist Aleksey Shadrin was born into a family of musicians in Ukraine. He won the first prize of the 4th M. Lysenko International Music Competition in 2012. In 2018, he has been awarded the 3d Prize at the Prague Spring competition.

Oleksiy Shadrin has performed as a soloist with orchestras such as the National Philharmonic of Ukraine, the National Opéra national de Montpellier, and the Sudwestdeutsche Philharmonie Konstanz.

He is currently studying with Frans Helmerson at the Kronberg Academy.

Since September 2020, he’s an Artist in Residence at the Queen Elisabeth Music Chapel, studying with Gary Hoffman.